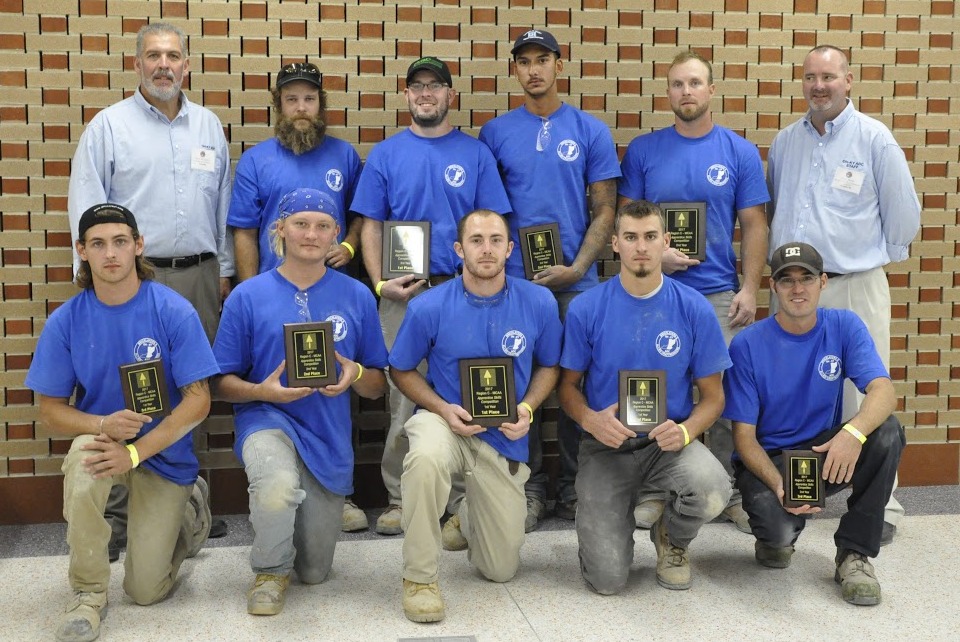 By:  Matt Jaworski
Labor Citizen Writer
In mid-October, the Mason Contractors Association of America held their annual regional apprenticeship contest in Amherst at the new Bricklayers and Allied Craftworkers Ohio-Kentucky Administrative District Council’s Northern Ohio Regional Training Center.
Taking place on the same day as the OH-KY ADC’s bi-annual convention and occuring as part of the new Northern Ohio Regional Training Center open house, the MCAA Skills Challenge brought some of the regions’s top bricklayer apprentices to northern Ohio.
This year, 31 contestants from four states including Ohio, Kentucky, Michigan and West Virginia competed for the right to advance to the Annual International MCAA Skills Challenge held on Jan. 24 in Las Vegas.
Contestants participated in one of three division:  first-year apprentices, second-year apprentices and thrid-year apprentices.
Charlie Coburn, from Michigan, won the third year division, while Jonathan Weininger from the NORTC took home top honors in the second-year division.  Mitch Kittenger, from the Southern Ohio Regional Training Center, won the first-year division.
The three winners advanced to the International competition in Las Vegas.
Contestants in each division were tasked to build a masonry project they had never seen before.  The projects challenged the apprentices, who had no way to practice the surprise design and could not consult their instructor, employer or anyone else during the competition.
Each project was designed around the skills developed in their apprenticeship, using both in-class and on-the-job education and craftsmanship, as they attempted to finish the project within the three-hour time limitation.
The contestants showed off their skills in the friendly competition, as family, friends, judges and journeymen watched while the projects were being built.
In his opening comments prior to the start of the contest, Ken Kudela, OH-KY ADC Director, told all in attendance the Bricklayers and Allied Craftworkers Union is only as strong as the apprentices they admit to their Brotherhood and Sisterhood of masonry trowel trade members.
“It is for this reason we celebrate the skills of our apprentices and give them the opportunity to showcase their skills in friendly competition,” said Kudela.  “We are proud to host the best apprentices from four states at out NORTC, as they compete for the opportunity to advance to Las Vegas to compete at the National Level of the MCAA Skills Challenge Competition.”
Prior to the awards ceremony, Kudela told the crowd the future of the BAC is competing in this contest.
“We witnessed our future here today with the technology on display and with the best apprentices in the region, competing in this friendly competition,” he said.
The future of the industry looks bright as the apprentices showed off their skills and three punched their tickets to go to Las Vegas.